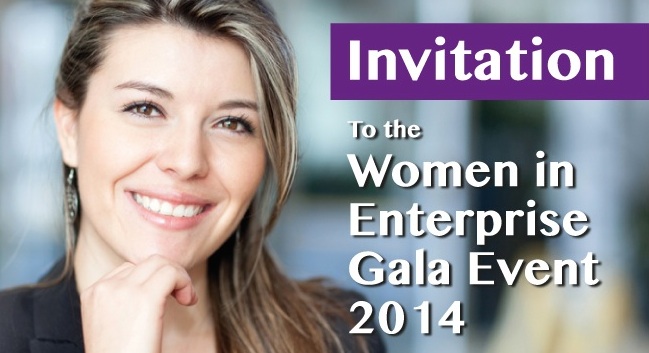 Join us for our annual gala event – meet up, network and listen to our fantastic inspirational speakers. Enjoy a lovely sparkling wine reception, dinner & dessert. A chat show featuring Roisin Crawford, CEO Stem Aware and Jacqueline McGonigle from Whats On NI. Plus we will have our Mayor, Cllr Brenda Stevenson as a special guest. Enjoy a sparkling entertaining dinner and chat show with host renowned Journalist Suzanne Rodgers. With entrancing music provided by the wonderful local Harpist Lucia McGinnis of Celtic Wedding Harps With an extensive background as an engineer, Roisin Crawford established STEM Aware in 2011 which aims to encourage ‘every child’ to engage in the world of STEM from an early age right through to career choices. This was enthused as a result of wanting to know how children learn as Roisin supports her own four children in school. STEM Aware believes any and every child has potential to thrive in scientific enquiry and the strength of engineering that will lead to a career path in STEM.  Gender, nor ability, nor social background should dictate the opportunities that a child should experience through life. STEM Aware is delivering interactive and exciting STEM workshops and activities to children and young people that embrace the Northern Ireland Curriculum and link it with industry. info@stemaware.com / 07713598617 Lucia McGinnis is a world class Harpist – Lucia has performed for the Queen at the official royal visit of the Titanic Centre Belfast 2012. She was a resident harpist at a five star beach and wedding resort in Byblos, Lebanon and also a harpist at Bunratty Castle during 2007. Councillor Brenda Stevenson has served on Derry City Council since 2006, representing the Rural Ward. She was elected to the position of Mayor at the Council’s Annual Meeting on 2nd June, 2014 and will hold the position until the introduction of the newly formed Derry City and Strabane District Council in April, 2015.

As Mayor, Brenda is an ex-officio member of the Council’s Standing Committees and is Joint Chair of the Regeneration Strategy Board. The Mayor is also a member of the Board of Visit Derry and The Honourable The Irish Society Advisory Committee and serves on the Board of the Walled City Partnership.

She has been employed as a Speech and Language Therapy Technical Instructor with the Western Health and Social Care Trust for the past ten years and is a champion for children and young people. She is married to Tommy and they have two sons. Suzanne Rodgers is a journalist and lecturer at North West Regional College. She is a former editor of the Belfast Telegraph (North West Edition) and a regular contributor to BBC Radio Foyle and a range of specialist magazines. She was the first woman journalist employed by a newspaper in Donegal. She currently holds the position of Curriculum Manager for Media, Multimedia and Journalism. Her primary degree is in Politics and History and she is currently completing an MA in Media Management and Policy. She is responsible for three media enterprises within NWRC – iNews (college on-line publication), 3CR (radio station) and 3CTV (YouTube channel). She also runs her own media production and training company. She is originally from the Donegal Gaeltacht and is married with four children aged between 11 and 29.

Fantastic Evening with Women in Enterprise
Scroll to top
We use cookies on our website to give you the most relevant experience by remembering your preferences and repeat visits. By clicking “Accept All”, you consent to the use of ALL the cookies. However, you may visit "Cookie Settings" to provide a controlled consent.
Cookie SettingsAccept All
Manage consent